I have never been to a baby gender reveal before but whenever I have come across them on Facebook and YouTube I get absolutely hooked on them! The anticipation on finding out if the baby is a boy or girl… And will the reactions be what we hope they’ll be?!
So when Phoebe asked if I’d be interested in photographing her gender reveal, my reaction was one of sheer excitement! ERRR YES!!!!
I first met Phoebe when she was a bridesmaid at a beautiful wedding I shot in April. It was at the Coed-y-Mwstwr Hotel, and her husband Ash drove the gorgeous white Bentley that the Groom to arrived in.

This is a very special pregnancy. They wanted to announce it to the world just before Christmas using photos from the gender reveal shoot! So exciting!

I asked their 9 year old son Jayden if he had a preference of a boy or a girl. He instantly said “boy, I don’t want a girl”. I assured him that little sisters are lovely too but he didn’t seem convinced… This is where a gender reveal can get interesting!

Ash’s sister arrived with the balloons filled with either blue or pink coloured confetti, and even I felt nervous!
Ash is a roofer and when Phoebe was looking for a pin to pop the balloons he found a nail from work and I thought this was great! (I like little personal things like that)

So the moment came, we counted down, and POP!!!!

Jayden looked at the confetti falling into his hands and then absolutely jumped for joy!

I couldn’t actually tell if it was blue or pink but I certainly knew from his reaction!
The second balloon went pop with even bigger confetti showering the family and their lovely Christmas tree in yet more blue confetti.
Phoebe was telling me about how she loves to collect special baubles for their tree, each having a special meaning. My favourite has got to be the big red bow from a tree in Disney World, amazing!
And this year a new decoration adorns their tree detailing their new son’s month of birth next year.

So this was my first gender reveal photo shoot and what an amazing moment to be able to photograph. I say it so much but it’s because it’s true, I feel so honoured to be there to witness and capture such special and personal occasions. I never take it for granted, I always feel the emotion that my client’s feel and it’s very special to be a part of.
So thank you Phoebe and Ash, and huge congratulations on your gorgeous baby boy due in May next year, you are gorgeous parents and Jayden is going to be the most amazing big brother! 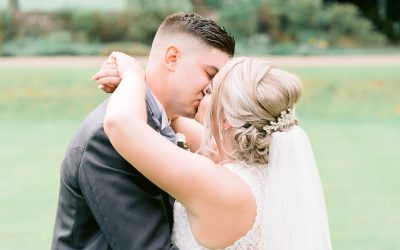 Fun Wedding At Clearwell Castle! Clearwell Castle is a gorgeous wedding venue in Coleford in the Forest-of-Dean in Gloucestershire. This was an amazing day for me because not only was it at such a lovely venue but also because I was working with my own amazing wedding...

Wedding Photography Styles – What are the differences?! 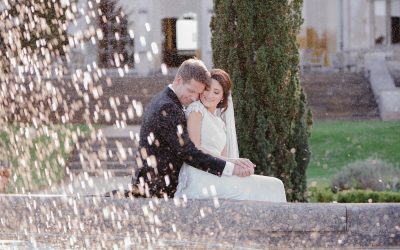 Ashridge House Wedding Elsa & Graham were married on a beautiful Spring day of Easter weekend in April 2019. Kate from Juniper Green Photography had asked me if I could be her second photographer for the day and I was thrilled to be able to do it. The day...